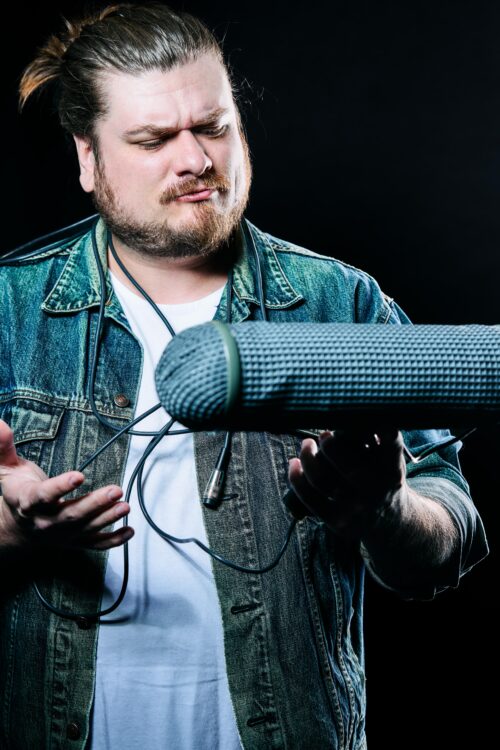 I’ve been obsessed with sound, movies and music for my whole life. I started singing on stage soon after I learned how to walk and talk, which culminated in me singing in the Los Angeles Opera at 10 years old. It was all downhill after that as I got more into skateboarding and punk music. I became interested in filming and photography, making skate videos with friends, and started playing guitar in bands touring around the greater LA area’s excellent backyard and makeshift club scene. As a teenager also in love with movies, I discovered sound design in the Lord of the Rings special features and became completely obsessed. After playing a dream come true show at the Vans Warped Tour, I quit playing in bands and poured all my energy into sound design and mixing. Today it’s still my number one hobby and I’m as obsessed and in love with it as ever. When I’m not mixing and sound designing for King Soundworks, you can find me doing it at home for fun or recording sounds out in the world, spending quality time with my family, making music, or cooking the best food you’ve ever had.